Self-driving vehicles have yet to hit the road in a major way, but Amazon already is exploring the technology’s potential to change how your packages are delivered.

Amazon is the nation’s largest online retailer, and its decisions not only turn heads but influence the entire retail and shipping industries, analysts say. That means any foray into the self-driving arena – whether as a developer or customer – could have a significant effect on the technology’s adoption.

Amazon has assigned a dozen employees to determine how it can use the technology as part of its business, the Wall Street Journal reported Monday. It’s unclear what shape Amazon’s efforts will take or how far along they might be, although the company has no plans to create its own vehicles, according to the report.

Nevertheless, the Amazon group offers an early indication that big companies are preparing for the technology’s impact.

Transportation experts anticipate that self-driving cars will fundamentally alter the way people get around and the way companies ship goods, changes that stand to disrupt entire industries and leave millions of professional drivers without jobs. The forthcoming shift has attracted the money and attention of the biggest names in the technology and automotive industries, including Apple, Uber, Google, Ford, General Motors and Tesla, among others.

In particular, the technology could make long-haul shipping cheaper and faster because, unlike human drivers, machines do not command a salary or require down time. That would be important to Amazon, whose shipping costs continue to climb as the company sells more products and ships them faster, according to its annual report. Amazon even invested in its own fleet of trucks in December 2015 to give the company greater control over distribution. 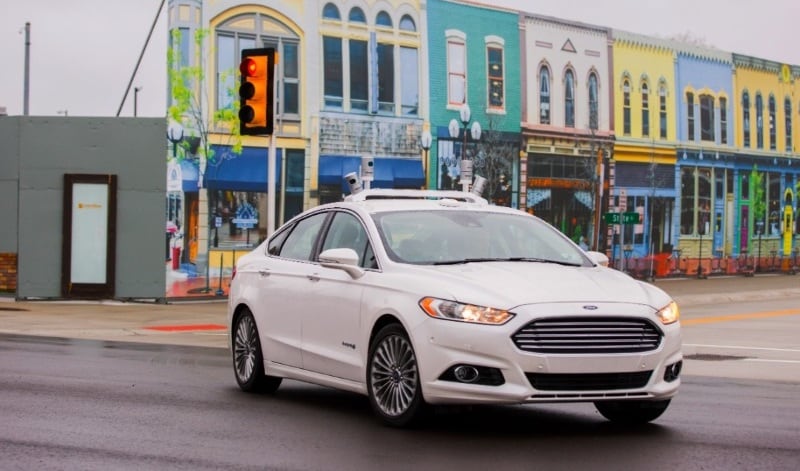 If Amazon adopts self-driving technology, it may push others to do the same.

“When Amazon sneezes, everyone wakes up,” said Satish Jindel, president of SJ Consulting Group, a transportation and logistics advisory firm.

The company said it shipped more than 1 billion items during the 2016 holiday season.

An Amazon spokeswoman declined a request for an interview, citing a “long-standing practice of not commenting on rumors and speculation.” The company’s chief executive, Jeffrey P. Bezos, owns The Washington Post.

Amazon has become something of a pioneer in home delivery, in part by setting the standard for how quickly purchases arrive on your doorstep. The company has begun using aerial drones in an effort to deliver goods more quickly, completing its first successful flight to a customer in the United Kingdom in December. Like self-driving vehicles, drones will need to overcome regulatory hurdles before they’re widely deployed.

In its warehouses, Amazon has used thousands of robots that pull items from shelves and pack them. Last summer, Deutsche Bank analysts found the robots reduced the time to fulfill an order from more than an hour to 15 minutes, according to business news site Quartz. They also saved Amazon about $22 million per warehouse. Amazon acquired Kiva, the company that makes the robots, in 2012 for $775 million.