In the battle of the smartphones, Samsung reigns supreme.

Consumer Reports has released its smartphone ratings analysis, which had found Galaxy S8+ is the best handset on the market, followed shortly after by its smaller counterpart, the Galaxy S8.

The report cited the devices’ ‘stunning camera, long battery life, and gorgeous display’ as what brought them to the top and beating its rival Apple’s iPhone 7 Plus, which placed fifth.

Scroll down for videos 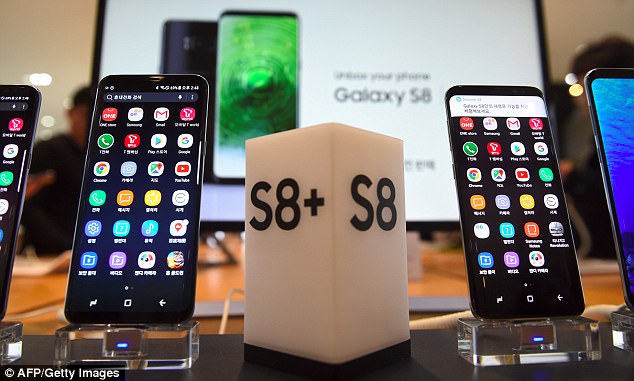 Consumer Reports has released its smartphone ratings analysis, which had found Galaxy S8+ (left) best handset on the market, followed shortly after by its smaller counterpart, the Galaxy S8 (right)

And it seems that the Galaxy S8 and S8+ were in fact the South Korean firm’s saving grace, as the release from Consumer Reports deemed them ‘top dog’ in the industry.

‘If you want a stunning camera, long battery life, and gorgeous display in a water-resistant package, one of these could be the right phone for you,’ Jerry Beilinson withConsumer Reports shared.

Although it may be hard for some users to believe Samsung was able to take the top spot, Beilinson has attributed the victory to the smartphone’s overhauled design.

The Galaxy S8 duo are without bezels on the side – the each have thin ones located at the top and bottom. 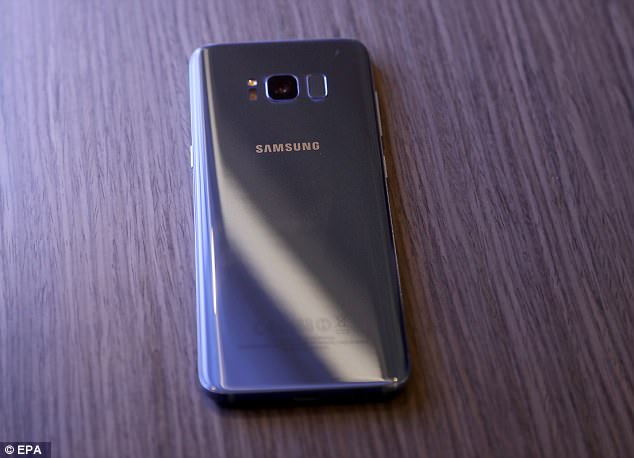 The Consumer Reports Lab had conducted an analysis on the batteries and found the Galaxy S8+ hit 26 hours, and the S8 (pictured) reached 23 hours of talk-time. The team also deemed the smartphones to have the best cameras

And although Samsung has been able to create a minimalist look, it is believed to still support a modern and elegant feel.

Another important addition was increasing the size of the screen, but keeping sticking with the same-size device as previous models.

The S8 and S8+ were also designed to be taller and narrower when held in portrait than previous variants – allowing for an easier hold when snapping a selfie.