Facebook announced a set of three new features on Wednesday intended to boost civic engagement among users in the United States on its platform by connecting them more easily with their elected representatives.

The new offerings come as the social media juggernaut has sought to rehabilitate its image as a credible source of information following a wave of criticism after last November’s presidential election that the company did too little to combat misleading or wholly fabricated political news stories during the campaign. 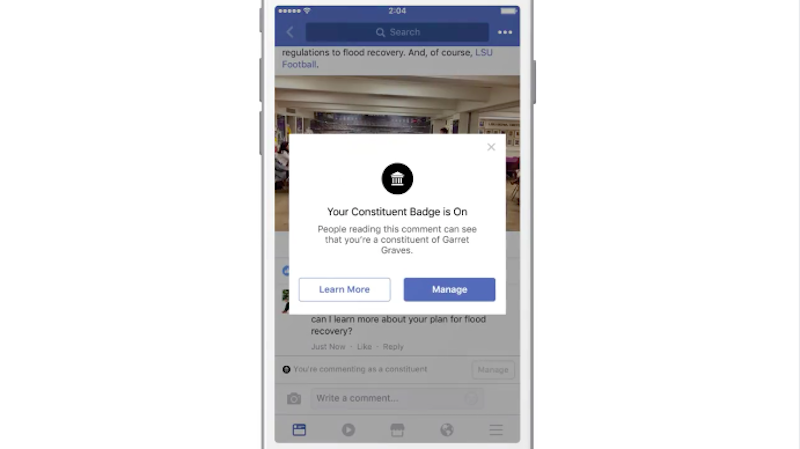 Among the features, Facebook will now allow users to turn on “Constituent Badges” to identify them as living in their elected officials’ district. The opt-in badge will be visible when a user comments on content shared by their federal, state and local representatives.

Facebook has continued to come under attack from prominent Democrats and some technology experts despite a raft of changes it has made in recent months that seek to help users consume more legitimate political news.

Hillary Clinton, who ran for president as a Democrat last year but lost to President Donald Trump, a Republican, said last week that Facebook was flooded with false information about her during the campaign and that people were understandably misled. She said she wanted Facebook to curate its network more aggressively.