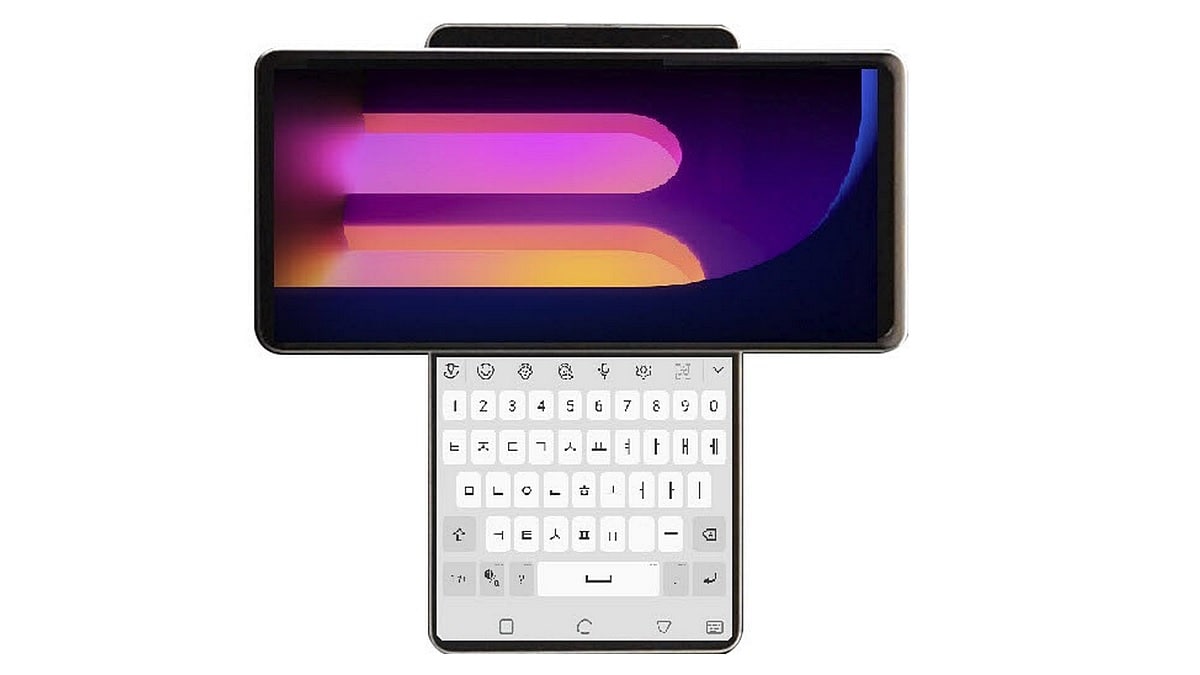 LG may be working on a new smartphone with a unique screen design. A new report claims a smartphone by LG Electronics with the code name ‘Wing’ is in development with a dual-screen design in a T-shape. The photo shown in the report shows a smaller secondary screen behind the horizontal main screen giving the shape of the letter ‘T’. Further, the report also shares some details about this alleged LG Wing (not the official name) and states that the company is planning on launching this phone in the second half of this year.

As per a report by Korean publication ETnews, LG Electronics is said to be working on a new phone called the LG Wing. This phone, as seen in the image, has a dual screen design with the primary 6.8-inch screen resting horizontally on top of a 4-inch secondary screen. The report states that this design enhances immersion and adds that when the photo app is open on the main screen, editing functions can be used on the secondary screen. It can also be used to watch video content and browse related information, which is one of the examples of how this screen design can be used. The report also adds that the smaller 4-inch screen has a 1:1 aspect ratio.

From the image, it seems like the main 6.8-inch screen will flip out to take its horizontal position, revealing the smaller 4-inch screen.

According to the report, the LG Wing will be powered by a Qualcomm Snapdragon 7 series processor and have 5G support, like the LG Velvet. There may be three cameras on the back and the primary is expected to be a 64-megapixel shooter. It is also said that LG Electronics has entered the development phase and aims to launch the phone in the second half of this year.