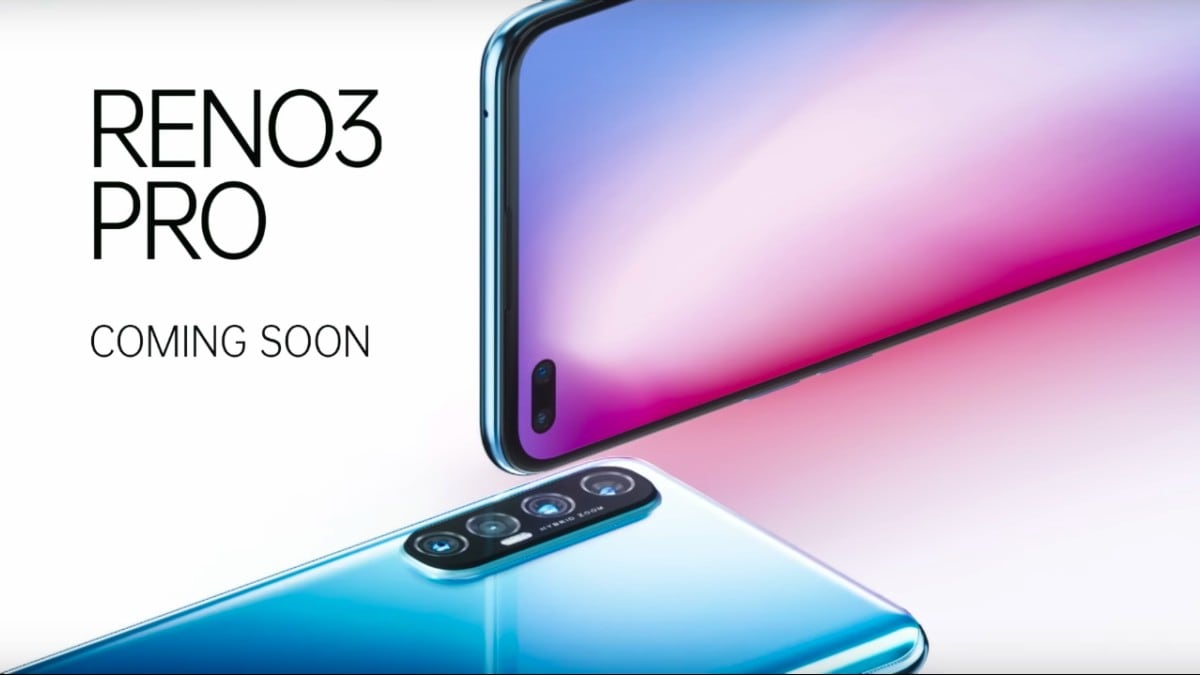 Oppo recently confirmed that its Reno 3 Pro phone is coming to India soon, albeit with slightly different camera hardware. The Chinese smartphone maker has now announced that the Oppo Reno 3 Pro will be launched in India on March 2. Additionally, the company has also promoted that the India-bound Oppo Reno 3 Pro is the world’s first phone to feature a 44-megapixel dual hole-punch camera setup. The company’s new teaser video also gives us a good look at the upcoming phone’s quad rear camera setup and the curved glass rear panel.

To recall, the Oppo Reno 3 Pro variant that was launched in China back in December last year only had a single front camera housed in a hole-punch. Another noticeable difference is that the Oppo Reno 3 Pro model launched in China had a curved display, but the version bound to hit the shelves appears to have a flat display, something that is clearly evident in the company’s own promotional material. Even the colour scheme of Oppo Reno 3 Pro shown in the company’s promos doesn’t match any of the colour options that are available in China.