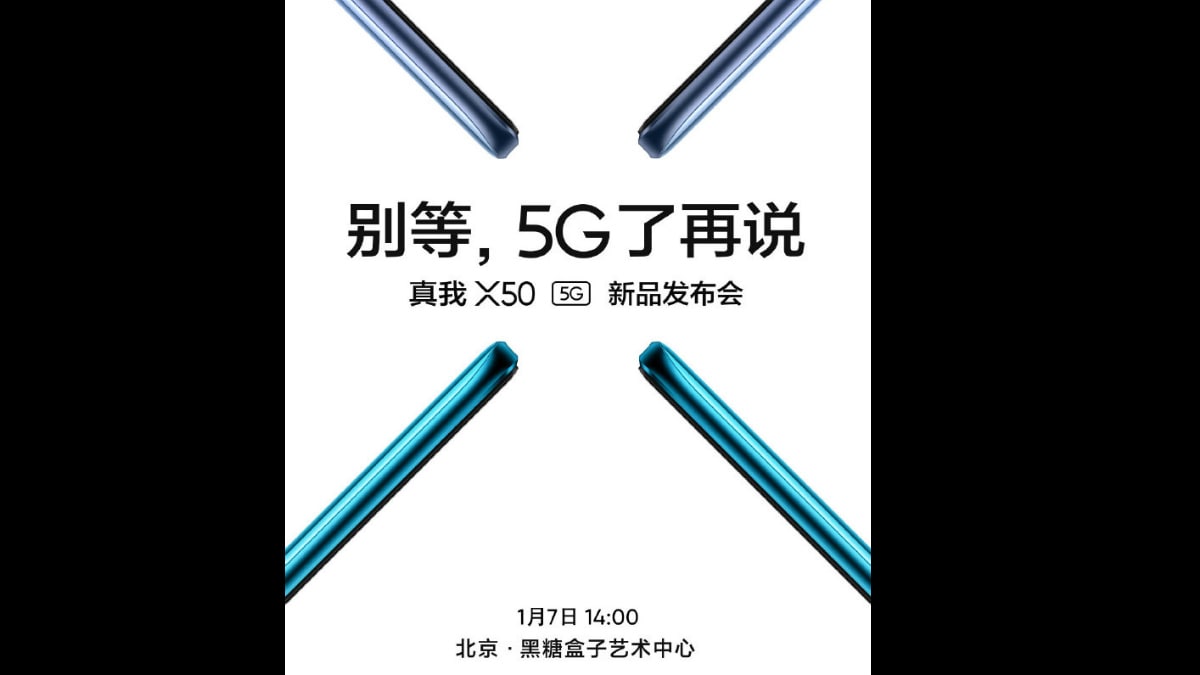 Realme X50 5G launch date has been revealed. The Chinese smartphone maker on Wednesday announced that it will unveil its first 5G phone on January 7, 2020. The Realme X50 5G phone has been teased for a while now, and the company has already revealed that it will be powered by the Snapdragon 765G SoC. It is also confirmed to feature a quad rear camera setup, and will come with dual-channel Wi-Fi and 5G connectivity support. Additionally, we know that the smartphone will sport a hole-punch display design with two selfie cameras.

The company took to Weibo to announce the launch date of the Realme X50 5G phone. The post says that the phone will be launched on January 7 at 2pm CST Asia. There’s another post on Weibo that reiterates all the key specifications of the Realme X50 5G that have been teased in the past. The phone will be powered by the Snapdragon 765G SoC, paired with Adreno 620 GPU and 5G SA/ NSA modem. The post also repeats that the phone will offer a five-dimensional heat dissipation system to offer 100 percent coverage of heating sources.

The Realme X50 5G phone is also teased to support enhanced VOOC 4.0 Flash Charge technology. The company says that this technology would take 30 minutes to charge the battery to 70 percent. This means you can expect the phone to be fully charge within an hour.

As for rumours, the phone is expected to feature a 6.44-inch AMOLED display with 90Hz refresh rate, up to 8GB of RAM, 4,500mAh battery, wireless charging support, and up to 256GB of onboard storage. It is expected to pack a 64-megapixel main rear camera and a dual selfie camera setup that will include a 32-megapixel main shooter and an 8-megapixel wide-angle shooter. Realme is also expected to launch a Realme X50 Youth Edition variant alongside.