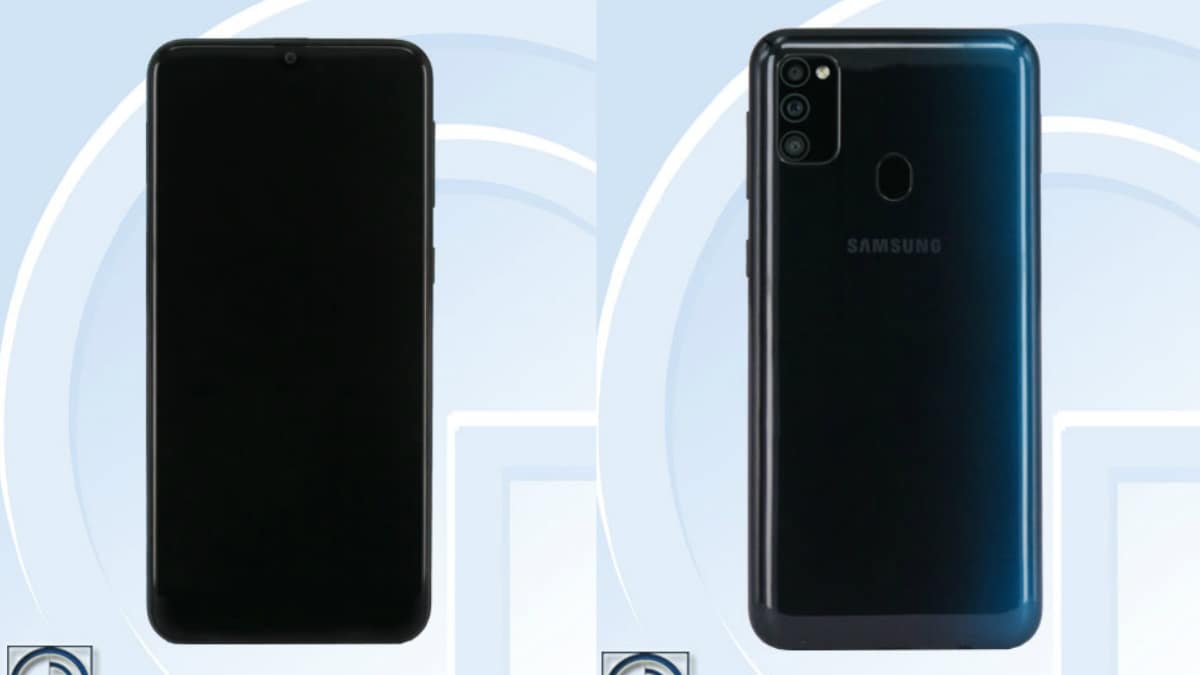 Highlights
Jump To
In This Article

Samsung Galaxy M30s smartphone has now been spotted on TENAA, leaking key details about the phone. The phone is all set to launch on September 18 in India, and Amazon has already started teasing its arrival as well. The phone is confirmed to pack a mammoth 6,000mAh battery, a triple rear camera setup, and a waterdrop-style notch. The phone is tipped to sport a 24-megapixel selfie camera, a 48-megapixel main camera at the back, and be powered by the Exynos 9611 SoC.

As per the TENAA listing photos, the Samsung Galaxy M30s will feature a waterdrop-style notch, and a slight chin at the bottom. The phone is seen to sport a gradient back panel and a rear fingerprint sensor sitting in the centre. There’s also an oblong-shaped camera module that houses three rear sensors and a flash at the side. The Amazon teaser page has also shown off its design. The specifications page on TENAA, is not accessible as of yet, but most of the specifications have already been leaked in recent leaks.

An IANS report late last month claimed that the Samsung Galaxy M30s will be priced between Rs. 15,000 and Rs. 20,000 in India. We should know more next week at the launch of the new phone, on September 18.

Samsung India Senior Vice President for the Mobile Business Asim Warsi recently told Gadgets 360 that the Galaxy M30s would sport a 6.4-inch Super AMOLED Infinity-U Display and include an Exynos 9611 SoC. As mentioned, the phone is confirmed to pack a 6,000mAh battery as well.

The Galaxy M30s is speculated to run Android 9 Pie, and the triple rear camera setup is expected to include a 48-megapixel primary sensor along with an f/2.0 lens, 5-megapixel secondary sensor with an f/2.2 lens, and an 8-megapixel tertiary sensor with a super wide-angle f/2.2 lens. The smartphone is also said to have the 24-megapixel selfie camera at the front. Further, the Galaxy M30s is said to have 4GB and 6GB RAM options as well as 64GB and 128GB of onboard storage variants. The smartphone is also rumoured to measure 159×75.1×8.9mm and weigh 174 grams.