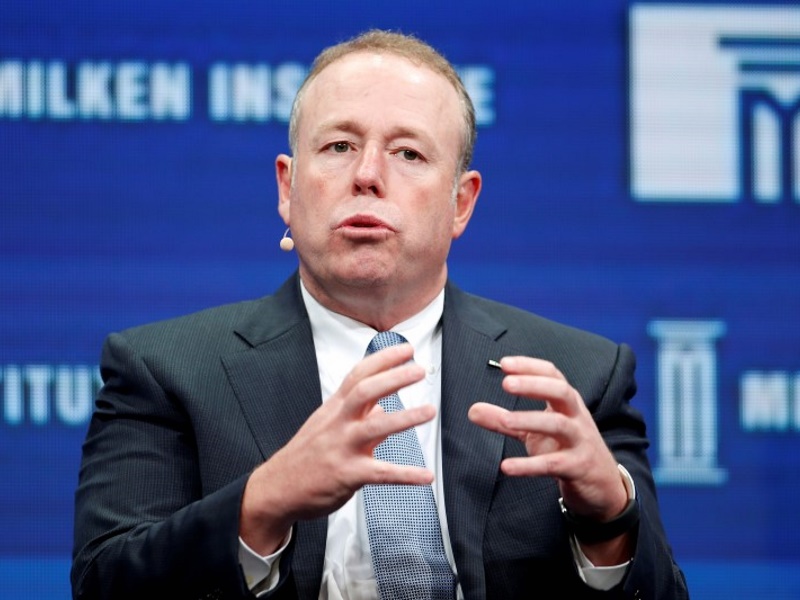 Microsoft on Thursday announced a shake-up in its top ranks, including the departure of longtime chief operating officer Kevin Turner for a new job.

Microsoft chief executive Satya Nadella said that five executives will divide the duties held by Turner, who played a pivotal role over the past decade as Microsoft shifted from packaged software to programs offered as services in the internet cloud to a gamut of connected devices.

Turner will remain at Microsoft to aid with the transition through this month, then leave to become chief executive officer at global financial firm Citadel Securities, according to Nadella.

“Kevin is a proven innovator who brings expertise in technology and operations with a client-first focus.”

Nadella praised Turner as having a tremendous impact at Microsoft during his 11 years with the software giant.

“I have learned a lot from Kevin over these past few years and wish him all the best,” Nadella said in a blog post.

The leadership changes come as Microsoft prepares to mark the one-year anniversary of Windows 10 with a major update to the software powering more than 350 million computing devices.

The Windows 10 update is set for release on August 2.

Microsoft has been aggressively promoting upgrades from old versions of Windows, and has made Windows 10 available as a free upgrade until the operating system turns one year old on July 29.

After that, it will be sold pre-installed on new devices or available for purchase separately, with a home computer version priced at $119, according to the Redmond, Washington-based company.

Microsoft provoked ire by pushing people to upgrade to Windows 10 by automating the process and, for a time, modifying the red “x” in a corner of an upgrade notice pop-up box to approve the action, instead of simply closing the message.

Microsoft has set a goal of having the operating system in use in more than a billion devices by 2018, which would put it on par with Apple, which said this year it has one billion active devices running iOS.