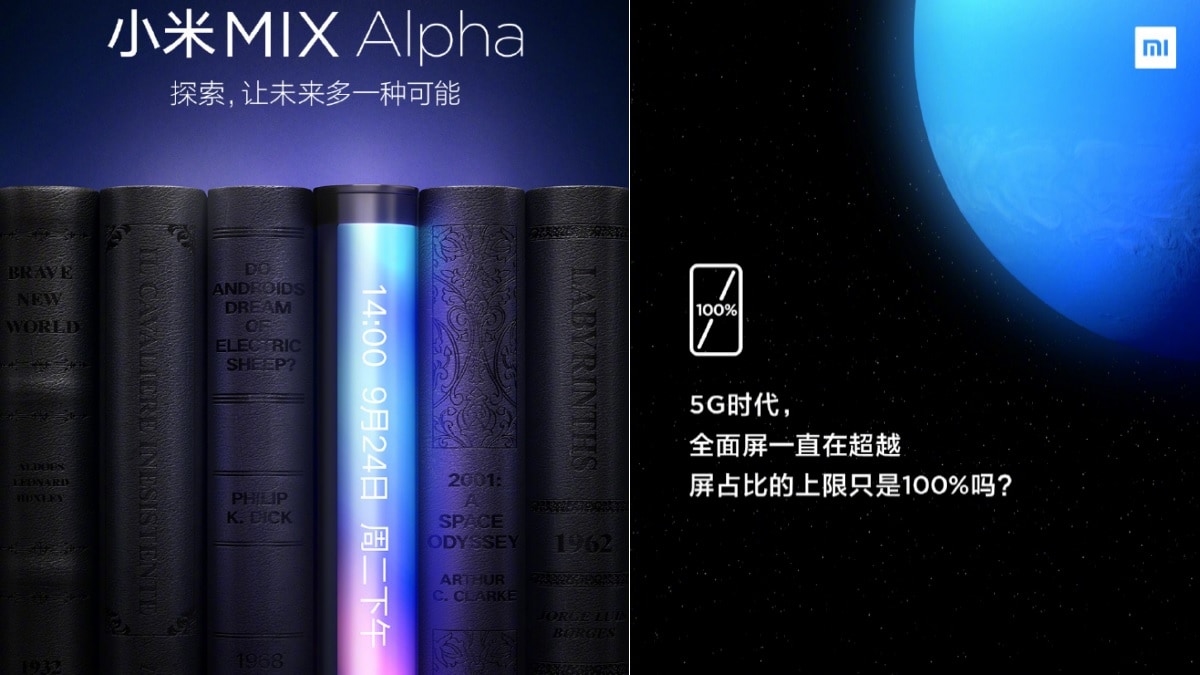 Xiaomi has scheduled an event on September 24 in China where the company is expected to launch the Mi 9 Pro 5G and the next Mi Mix series phone. Xiaomi has now released new teaser posters that suggest the upcoming Mi Mix series phone will debut under the Mi Mix Alpha name, instead of the Mi Mix 5G moniker. The company has also shared a teaser image of a phone, purportedly the Mi Mix Alpha, flaunting a dramatically curved display that wraps around the edges and might even hit the 100 percent screen-to-body ratio mark, becoming the first phone to do so.

The Chinese smartphone maker has been teasing the arrival of Mi 9 Pro 5G and the Mi Mix 5G for a while now, both of which are set to go official on September 24. While the Mi 9 Pro 5G will be a 5G ready version of the Mi 9 flagship, the upcoming Mi Mix series phone courted more interest due to the Mi Mix series’ focus on design. Xiaomi’s latest teaser poster for the Mi Mix Alpha shows the side of a phone with a curved display that completely wraps around the phone’s edges. In an official Weibo post, Xiaomi revealed that the next Mi Mix series phone is named after the character ‘alpha’. Another poster clearly shows the silhouette of a phone with a 100 percent screen-to-body ratio.

Additionally, Xiaomi has also shared some details about the Mi 9 Pro 5G. Xiaomi mentioned in a Weibo post that the Mi 9 Pro 5G’s display will be capable of producing 103.8 percent of the NTSC colour gamut. The phone’s display is claimed to have been certified by the China Institute of Metrology for colour standard and will feature an advanced “automatic color management system”, that will supposedly be used for adjusting the colours based on the ambient lighting conditions or usage scenarios such as reading, watching multimedia content, or gaming.