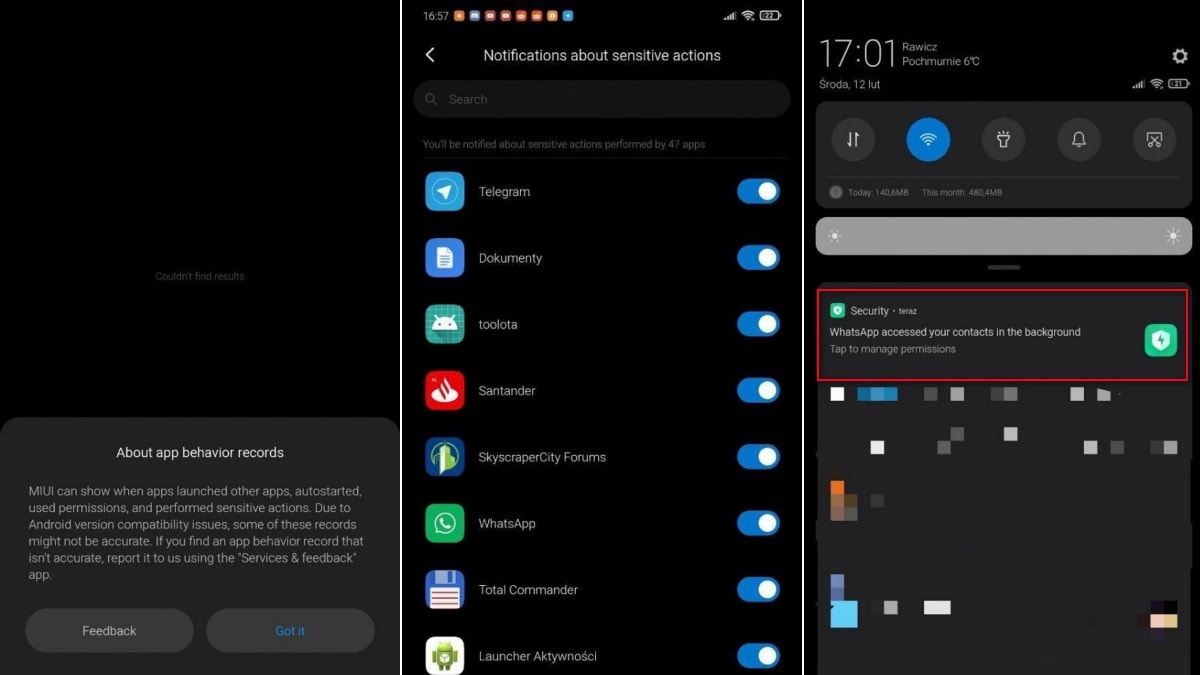 Android 10 made its debut with more granular control over app permissions, allowing users to check and specify which apps are using services such as location or accessing their data in the background. Now, Xiaomi is planning to take that security approach to the next level with a feature called ‘App Behavior Records’ in MIUI 11, which maintains a log of apps that perform certain actions like using permissions, launching another app in the background, automatically starting in the background, and more. MIUI 11 defines a whole set of app behaviour that classifies as ‘sensitive actions’, and accordingly maintains a log.

As per an XDA-Developers report, Xiaomi has begun testing the aforementioned feature in MIUI 11. MIUI 11 describes the feature as “MIUI can show when apps launched other apps, autostarted, used permissions, and performed sensitive actions”.

MIUI has an exhaustive list of actions that come under the category of sensitive actions, and they include recording audio in the background, making a phone calls, capturing a video or photo, reading text messages, or accessing data such as calendar events, contacts, items saved to clipboards, location, call history, and device information to name a few.

Users will receive a notification every time the system detects an app doing something that classifies as a sensitive action. But, users can choose to opt out of receiving such notifications or adjust it on a per-app basis to only cover apps that are important to them.

However, Xiaomi says that some of the log records for suspicious app activities might not be accurate due to Android version compatibility issues. It must be noted that the feature is currently under testing and is not available to all users and on every Xiaomi or Redmi-branded phone. But it is definitely a very neat feature for privacy-conscious users who are wary of apps gobbling up sensitive information.